The Kystpilegrimsleia was probably the busiest pilgrimage route in medieval Norway, which is natural, as the journey inland was considered far more dangerous. Adam of Bremen wrote the first travel description to Trondheim (Nidaros) in 1075. "If you sail from Ålborg or Vendsyssel in Denmark, you will in a day come over to Viken, which is a city in Norway (probably Oslo). From there you keep to the left and sail along the coast of Norway, and on the fifth day you reach the town of Nidaros. You can also travel another road, which leads from the Danes' Scania over land to Nidaros. But this road over the mountains takes longer time, and since it is dangerous, it is avoided by travelers ».

Along the coast, there are many who want to help pilgrims on their journey to Trondheim and the Nidaros Cathedral. Some of them are skippers who like to take pilgrims on a pleasant journey along the wild Norwegian coast. Visit cultural-historical sites that convey how important the sea route had once been for the Norwegians. Gather a group of friends and travel together along the Norwegian coast between Egersund and Trondheim.

Skoglunds (fjord and fishing trips) offer boat trips. Skoglunds conducts trips along the Kystpilegrimsleia to some or all of the 7 key places from Averøya to Nidaros Cathedral in Trondheim.
Info

By visiting 5 of the 7 key places from Averøya to Nidaros Cathedral in Trondheim, Coastal pilgrims qualify for The Olav's letter

The boat is certified and equipped with all the necessary safety equipment for passenger transport and the skipper of course has the necessary certificates for this type of business.

Trondheim by Boat AS is a company that offers many different types of boat trips and combined experiences on the Nidelva river and out on the Trondheims Fjord. They sail every day all year round and create unforgettable nature, culture and food experiences. Their mission is to offer the most authentic experience in the city, with classic boats and a young team of professional skippers and passionate Trondheim guides.
Info 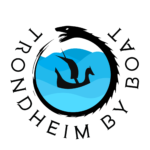 With its selection of boats, Trondheim By Boat can offer a variety of boat trips. Fishing trips, guided journeys along the Nidelven river, to longer journeys in the Trondheimsfjorden. Coastal pilgrims can tailor a weekend on the Trondheims Fjord with visits to several key places in the area.

To book a coastal pilgrimage, contact Trondheim by Boat via email

With "Bare Du", groups of up to 12 people can book trips to various destinations in the Romsdals Fjord and to the North Islands facing the sea. Groups of coastal pilgrims who want to travel between Ålesund, Molde and Kristiansund can book a boat trip with Fjordcruise Romsdalsfjorden.
Info

With its pleasant hosts and beautiful "Bare Du", Fjordcruise Romsdalsfjorden is a natural choice for coastal pilgrims who want to visit the many key places between Ålesund, Molde and Kristiansund.

FjordGuiding can offer a number of trips from the Geirangerfjord to Bergen. They are also located at Selje, and transport coastal pilgrims over to the key place Selja monastery on the island of Selja. With a number of boats, they can offer several travel deals south of Stadt.
Info 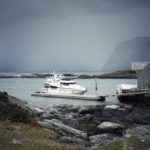 FjordGuiding's shuttle boats are connected to scheduled traffic during the summer. It will therefore be easier to book tailor-made experiences with those in the autumn, winter and spring. However, do not hesitate to get in touch. They are solution-oriented and may be able to help you even in the summer.

FjordGuiding is a good alternative for pilgrims, as they already run the shuttle boat and guide activities to the Key Place Selja monastery. Book a trip to Selja via Seljamonestery.no

Book travel by mail. Feel free to call if you have any questions.

Here they have tours that are suitable for everyone! Among other things, there have pirate trips for children, longer trips to Shetland, company trips or team building. They tailor trips to your needs! Pilgrims can also tailor a trip along the Kystpilegrimsleia between Bergen and Selja!
Info 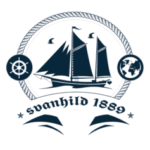 Svanhild takes groups up to 35 persons, and has beds for 18 persons on board. Pilgrims who want an authentic sea voyage along the Norwegian coast will love a trip with Svanhild.

Florø Skyssbåt AS presents its charming Taxi boat M/S Fjordservice to pilgrims who want to book a trip along the coastal pilgrimage. With their flexibility and good service, they can offer both a ride and a good story on the way between the Key Places.
Info

M/S Fjordservice takes 10 passengers and is based in Florø. They have a good starting point for taking assignments from Bergen to Stadt. Florø Skyssbåt can also take trips all the way from Stavanger to Trondheim if needed. With their impeccable flexibility, they are a great choice for pilgrims who want to experience most of the coastal pilgrimage route on the same trip.

Order by email or call them regarding questions.

Since 1983, Harøy Diving center has also offered shuttle services around the northern islands in Molde and the surrounding area. Størk III is a fast-moving 35-foot boat, with a cruising speed of 30 knots. If you want to visit the key places between Ålesund and Kristiansund in a short time, Størk III will be a good choice for the trip.
Info
Harøy Dykkersenter
Email: st-johus@online.no
Tlf: +47 915 10 553
Selvstendig næringsdrivende

The boat's design means that the high speed of 30 knots becomes the most cost-effective cruising speed. Pilgrims who want to save time on transport between key locations will prefer Stork III.