For the 2022 summer season: Avaldsnes Pilgrimage Centre receives visitors in the former storage house near St. Olav’s Church from June 06, to June 24, and from July 25 to August 26. Welcome inside for a chat among pilgrims! Avaldsnes Pilgrimage Centre can be found during the summer season in the former storage house right beside Nordvegen History Centre and Avaldsnes Church, Kong Augvalds veg, Avaldsnes. For most pilgrims, the centre will be a place where it is natural to get in touch with the locals for information, advice, leads, and guidance, before they continue their journey along the Coastal Pilgrimage Path. In case the old storage house is closed, you will also get your stamp and information at Nordvegen History Centre and St. Olav’s Church at Avaldsnes.

Advice and guidance for pilgrims, the local business life, and people who are interested in the key locations: Egersund, Obrestad/Hå, Stavanger Cathedral, Utstein Monastery, and Utstein Pilgrim Farm.

Pilgrims along the Coastal Pilgrimage Path can receive their stamp into their pilgrimage passport from the regional pilgrimage centres and at the key locations.

To get the St. Olav Letter issued at Nidaros Pilgrim Farm, you will need to have stamps from six key locations along the Coastal Pilgrimage Path, and one of the stamps will have to be from Nidaros. 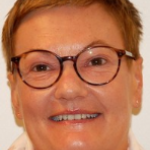 What can you find at the Regional Pilgrimage centre at Avaldsnes?

For 3000 years, chieftains and kings had their manors at Avaldsnes and controlled the shipping traffic which was forced to go through the narrow Karmsund strait. At Nordvegen History Centre, you can learn more about the history of Avaldsnes becoming Norway’s oldest royal manor. You will meet famous kings from the bronze age to the Middle Ages, the rulers who controlled the coast of Norway from Avaldsnes.

Nordvegen History Centre is a magnificent building which has been constructed below ground, to take the historic environments into consideration.

It was Håkon Håkonsson who started the erection of the church around 1250 as a part of the royal manor complex. At that time, the Norwegian Empire had reached its peak, and the church was the king’s personal church. Håkon Håkonsson devoted the church to Saint Olav, and the church became an important stopping place for pilgrims who wanted to visit Olav’s grave at Nidaros cathedral. Around Avaldsnes, you can still find cultural heritage, legends, and names of places that tell their stories about the pilgrimages.

On the northern side of the church, you will find Virgin Mary’s Sewing Needle – an old, tall memorial which is 7.2 metres tall. The legend tells that it is doomsday when the top of the memorial touches the church wall. It is said that St. Olav’s Church has been erected at a pagan ritual place with five gigantic stones. Today, it is only Virgin Mary’s Sewing Needle which is standing at its original place.

The distance between the memorial and the church wall is 9.2 cm today.

RUINS OF THE ROYAL MANOR

In 2017, the Norwegian Royal Manor Project carried out archaeological excavations of what resulted to be the actual main building of the royal manor that existed at Avaldsnes in the Middle Ages. Håkon Håkonsson started the building around 1250, and Håkon V Magnusson completed it around 1300.

For the time being, temporary protective buildings have been set up above the ruins of the royal manor, to protect the walls until conservation is completed. The landscape around the ruins shall be made ready for the public to be able and allowed to move inside and around the walls.

The Viking Festival at Avaldsnes is fully packed with experiences for both children and adults. More than 200 Vikings from Norway and Europe provide an authentic insight into the Viking age for the visitors. The big marked with sale of handicraft, food, bites, and music is really something for your senses.

In the different tents, people work with traditional handicraft, and they sell products made by themselves. Watch the locksmith do his work, listen to Viking music, or try a wide variety of activities like archery, horseback riding, juggling, or theatre – and enjoy the fantastic scent of Viking food.

At given times, there will be music, storyteller sessions and fight shows, and you can buy different food and beverages. Welcome!

This site uses cookies to offer you a better browsing experience and improve your use of the website. We also measure and analyze usage patterns and engagement for a better understanding of how our services are used.

Enabling cookies helps you fill out forms effectively on our website. For example, cookies help prevent the same user from submitting the same form multiple times. The information is deleted from the browse after 90 days.

The cookies assess and help us understand how visitors interact with our website. The statistics and information gathered are anonymised.

We use marketing cookies to display content and ads that are relevant and engaging for our visitors.